[14:39] Georg Janick: Let's begin from the wish-image and its embodiment in works of culture. We can take visual art first. For Bloch art is utopian even when it does not depict utopia. Art involves a perfection of form that does not exist in reality. It pushes expression to an extreme that we do not encounter in ordinary life. In that sense it is utopian.But the visual arts were not his primary interest. His main aesthetic interest was music. And this is interesting. Because music, pure music, is not "about" anything. And yet Bloch tells us it is the most utopian of all the arts. In Spirit of Utopia. He says that music is utopian because it is an expression of human subjectivity and expression of its depths. Bloch was associated in his youth with expressionism in the arts. He wrote on the expressionist movement and it became important to him. In expressionist painting he saw the same attempt he saw in great music. To present the human subject as what he called an "arcanum", a mystery. That is also in some sense the key to the mystery of being. It is as though Being comes to expression in the emergence of human subjectivity. He saw subjected as hemmed in denied, blocked by social structures. And sound in music a protest against this blockage and the image of a subject who is finally free. The deeper we go into ourselves in the realm of artistic expression the more we can see that we are greater than we first appeared to be. Remember I said that in that book Bloch was influenced by Christian Mysticism. He sees the figure of Jesus as a symbol of the self that has attained its true depths and music as the medium in which this occurs. So for example in early Renaissance music we see the emergence of the scale as a well ordered series of notes, an order of expression that enables us to reflect the depths of subjectivity, also the significance f the voice in vocal music of coloristic instrumentation and so on. All help toward that end in The Principle of Hope. He refers to a myth. The myth of Syrnx the dyad. The nymph who is planning in the fields with her friend and the god Apollo comes and tries to abduct her. She has her friends magically turn her into a reed blowing in the wind with the other reeds. Well, Apoloy takes a handful of reeds and binds them together including her and blows into the pipe that results and he hears her voice. She is absent and yet present in the sound of the instrument. The object of his desire alluded him. But the wish-image is present in the music as a well-order series of notes. Theodor Adorno is better known as a philosopher of music. But Bloch was an equally powerful thinker. Only Adorno argued that music has social content even when it is not about society. Its social content comes from the fact that the language of music is the product of history, of the social past. But Bloch even in his late work was sceptical about social structure. For him the liberation of music is not social but radically subjective. It is a strange position for a Marxist to take. But then Bloch was a very strange Marxists.
Eingestellt von Zauselina Rieko um 11:48 am 04.08.2012 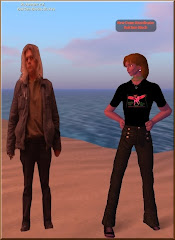